How Bad Do You Want It!? ~Part the Second~

The Following is the second half of a very long blarticle.  The first half can be found at: http://www.mordantworld.com/how-bad-do-you-want-it-part-the-first.html.  If you haven’t already done it, I suggest you read “How Bad Do You Want It!?  ~Part the First~” first.  Enjoy! 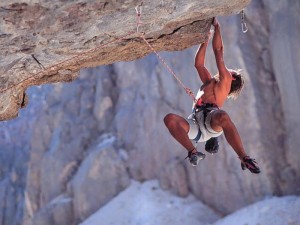 How Bad Do You Want It! ~Part the Second~

First things first—decide on, then commit to, this “It” that you want.  I’m sure you already know what it is.  It’s been swimming around in the deep-end of your brain for quite a while now.  If you’re not sure, then ask yourself this question:  if you could Be, Do, Have anything you want….  If you had all the talent, looks, money, smarts, chutzpah—if you had whatever it took and you knew you would be a big success, what would you be?  Answer that and you have your dream, that thing you are truly passionate about, set out in front of you.  Now you know.  And, now it’s time to commit (that’s right—the “C” word) to doing something about it.  Now it’s time to turn your dream into a goal.

This is where your fantasy becomes a reality.

Next, you will begin researching, then plotting out the steps that will take you on this collision course with your future.  Remember, a dream without specific attainable steps is just that—a dream.  It’s those action steps that turn your wanna-be fantasy into something real—a goal.  That’s what is going to take you to the next level.

So, first you set your beacon, your goal, the destination on your dream-catching map.  Then, research what it’s going to take to get you to where you want to go…or at least the next step.  You can also try starting from your goal, then working your way backward, laying out each of the steps until you arrive at today.  I.e., first you take your goal, before that you _(actionable step)_, before that you _(actionable step)_, and so on, leading all the way back to where you are now.  This is called “The Merlin Method.”

No matter how you do it, you’ll have your actionable steps leading to your now attainable goal.  Now there’s only one thing left for you to do, and that is really do it.  Take those steps, one at a time if necessary, more if possible.  But, no matter what, the only way you’re going to obtain your goal is if you DO YOUR STEPS.  If you’re able to move forward with no problem—smooth sailing.  If not, then you’ve probably got something blocking your way.  This will certainly give you the opportunity to shine a light on whatever may stand in the way of you achieving your goal(s).  Especially if that “thing” is Y-O-U.  (A hard pill, I know, but swallow it down and let’s move on.)

Now that you’ve decided to take a look at what is standing in your way, what are you going to do about it?  Basically, “how bad do you want it!?”  More than: TV, video games, time off from work, time out with your friends, Disneyland, Disney World, the big game, the Super Bowl, every must-see movie, books, blogs, Facebook, YouTube, _(your distraction here)_, the list is never-ending.  What are you willing to sacrifice so that your dream may become a reality?  If this really is your dream, you goal, your passion, then it shouldn’t be too difficult to drop everything else in pursuit of this one very important thing, right?

Yeah, you’d think that, wouldn’t you?

If that were the case, then people would be achieving their goals and attaining their dreams every day.  Hell, you’d be already halfway there yourself.  But, you’re not, are you?  Chances are if you’ve taken the time to read this far into this blarticle, then you’re looking for a little help in the whole in-pursuit-of-your-dreams area.  A lot of the problem is that we as people are not always that focused and we’re easily distracted.  At the end of an oh-so hard day, who wants to knock out a couple more hours in front to a computer, just to pursue something that may never come to fruition anyway?

If you want to be successful at any level with this thing, this “It” you say you “want to be when you grow up,” then eventually you’re going to have to log in some serious time and effort.  But, for now, here at the beginning, I think you might begin with a couple to a few hours a week of trading your TV time in for something you keep saying is more important to you.

But, I don’t have enough time left in the week, you say.  I’m tired when I get home from work, you whine.  I don’t want to miss my television programs—don’t even get me started with this one!  Let’s look at it this way…how much time do you actually put in as you trek towards your goal?  If there’s 168 hours in a week (there are).  And, you take 56 out for sleep (provided you get eight hours of sleep every day of the week) and 40 hours for the J-O-B.  That leaves you with roughly 72 hours to devote to doing something dream dedicated.  That’s three full 24-hour days.  Do you think you might be able to squeeze in four to five hours for the week?  How about an hour or two a day?  One hour?  Do you think you could set aside one hour a day for working on becoming this thing you say you’d most want to be in life?

Does this put things in perspective for you?

So, we’re back to the original question, how bad do you want it!!  Do you really want to Do, Be, Have this incredible “It”?  Or are you going to sit back, relax, grab the clicker and continue watching your life pass you by as you rev the engine to 15 mph, burning out down that Mediocre Highway?  As always, the choice…the decision is up to you.  And, so is the fight.  You’re going to have to combat yourself of all people, slogging your way through your laziness, self-doubt, and lame limiting-belief system to get to a Bigger, Badder, Better, More level of your Life.  But…the fight is worth it.  It will change you, for the better—into the type of person you need to be to accomplish all you say you desire and Be, Do, Have the heretofore elusive “It.”  What do you say—wanna give it a go?  It’s not that hard once you get started.

Go ahead…show the world, and yourself, how bad you want it.

Tags: action steps be do have bigger badder better more carpe diem comfort zone create your destiny do it anyway empowerment fight to win goals how bad do you want it just do it merlin method mordant Mordant World mordantworld motivational moving forward nike no excuses outside your comfort zone overcoming adversity r mordant mahon riki robinson self respect success success freak success freaks time is a thief time is the dream killer what’s your excuse yesterday you said tomorrow
« How Bad Do You Want It!? ~Part the First~
Prolific Living – Episode 80: Subtle Ways to Deal with Fear with Mordant Mahon »